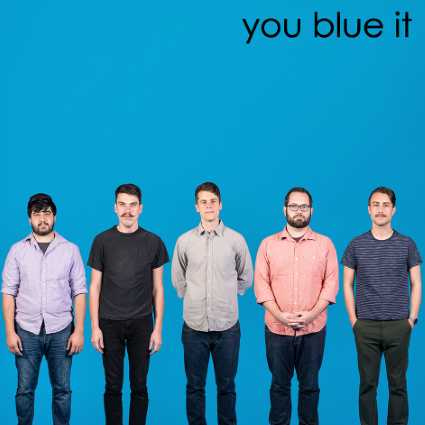 American emo band You Blew It! recorded an EP of Weezer covers from their classic first album, aptly named You Blue It. I liked their debut Grow Up Dude and I love Weezer but this combination is bland.

The EP starts with ‘In the Garage’ and although they incorporated some nice changes to make this song more of their own, like a subtle guitar solo, the energy and punch of the original, especially in the contrast between chorus and verses, is lacking completely, making it boring. ‘My Name is Jonas’ does have the drive of the original, making it one of the better covers. The band doesn’t really bring anything new to their rendition though. And as with a lot of covers, this is the main point of criticism about this EP. Weezer did a much better job in 1994.

‘Only in Dreams’ is nice, with some keys doing a good job in the bridge but ‘Surf Wax America’ suffers from lacking energy again. ‘Susanne’, possible the best b-side from Weezers discography, is the most heartfelt rendition by You Blew It! and a nice closer.

Weezer is not as great as they used to be in the nineties and I understand a band like You Blew It! wanted to pay homage to their inspiration but because of similar musical directions, this EP doesn’t bring enough new stuff to the table to be interesting. But it’s not band, because in ’94 Weezer ruled! But please don’t do Pinkerton next.

Band: You Blew It!