In the fall of 2001 American Nightmare (for anyone, for whatever reason, not in the known later known as Give Up The Ghost) came over to Europe for the first time. I would have loved to tell you about the amazing shows here and how excited I was etc, but I wasn’t there. I catched on later.

Luckily the trip was documented though. Davy S. tagged along as a roadie and filmed it all (maybe with Emiel Laurant‘s camera?). After the trip he turned it into a VHS tape that he was selling. You might have heard about this tape, you might even have ordered it and if you were even more lucky you actually received the tape (I’m not going to dig into the stories about people ordering the tape and never receiving it). As far as I know only 50 tapes were made (mine says #13/50 – 1st run), but maybe more runs were made. If you have any more info, details or good stories, please share em in the comments! 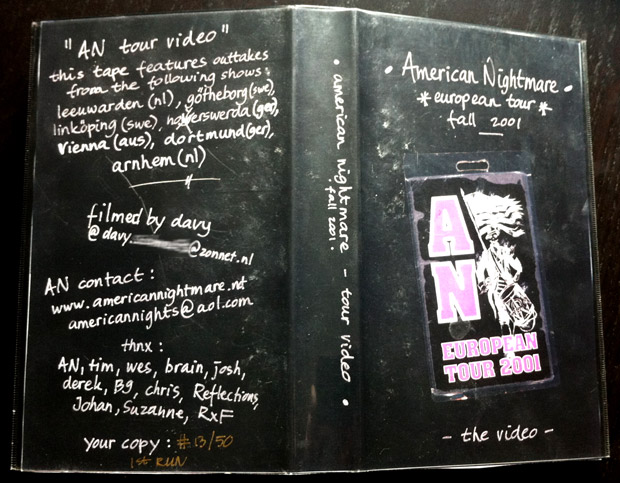 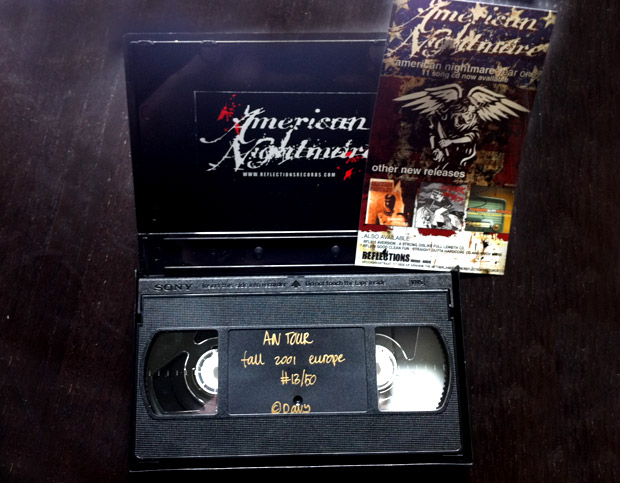 Almost 10 years later, I thought it was about time more people got to see this tape, so I dusted off my VCR, hooked it up to my PC and digitized it for SWNK. And here it is, enjoy!

Note: If you want to spread the word about this video, please be as classy as we think you are and do not link to the video on Youtube directly but send people to this page. It’s appreciated!