Footage of Bitter End at the Stage in Arnhem (2009)

Another dig in the vault. This time it’s not from Pim’s camera though. This was filmed by Remco, our guitarplayer at the time. Bitter End at the Stage in Arnhem on the 25th of May in 2009.

This show was set up by Jonne (New Morality, Cornered, This Is Europe Fest) who used to put on lots of shows at The Stage. I think it was one of the first shows for Striking Justice too, who’ve toured the world by now. I loved those Bitter End records, but haven’t played them in ages. Maybe this is a good time to give em a spin again. And them playing the Prone Mortal Form intro (Only Living Witness) is probably one of the last times I’ve moshed. 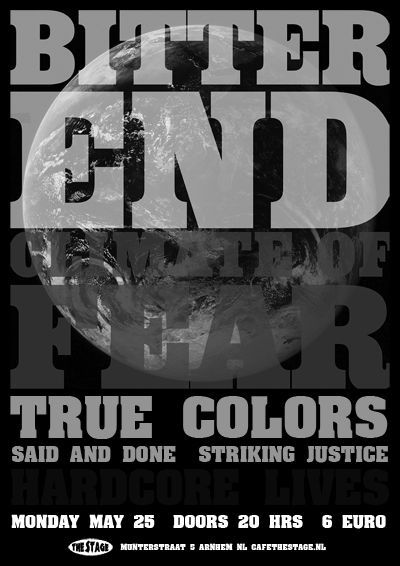