Last month SWNK and Melkweg teamed up for an entire month, giving aways tickets to all kinds of cool shows. We liked it, people seemed to like it, so here’s an encore. Nobody likes goodbyes right?

This time Melkweg gives us the opportunity to give away 3 x 2 tickets to the show of your choice. You can pick from the following shows:

Thursday the 20th of September – Gallows & Feed The Rhino
Saturday the 22nd of September – La Dispute, Title Fight, Make Do And Mend, Into It. Over It 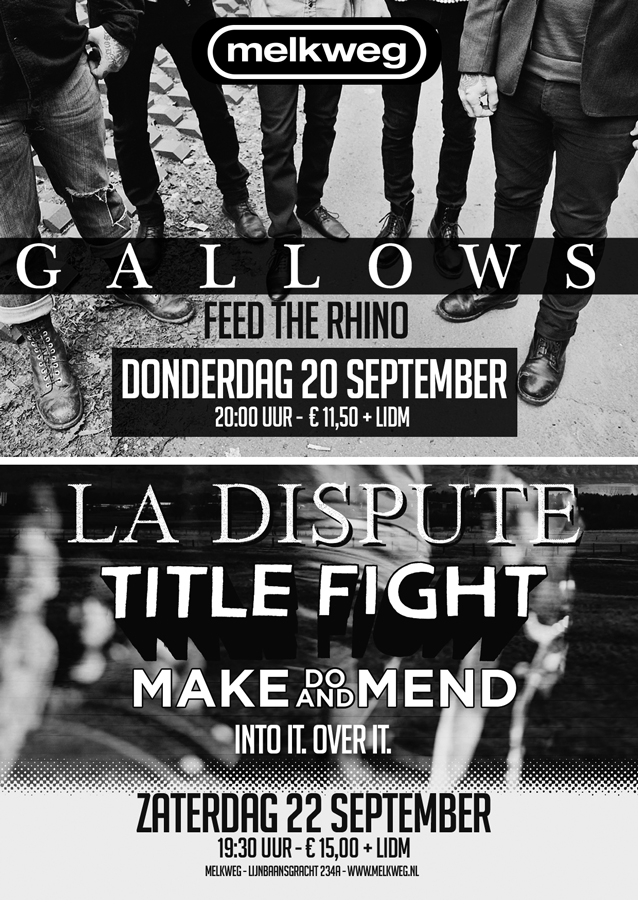 The contest will be open until Monday the 17th of September and we’ll randomly pick 3 winners. We’ll be in touch if you’ve won.