Picture this, you’re stood arms folded with your bent-beyond-hope cap brim covering your eyes. Watching, waiting. The room is dark and crowded at the sides, a scatter of people in the middle throwing size 12 k-swiss and reeboks any way they like while on stage a band plays palm muted lowest-common-denominator guitar farts as some sort of tribalistic drone-like accompaniment to the violence on the floor below. This is the world of E-chug. I can’t really rationalise it – I’m a mildly intelligent person and can appreciate the stupidity of such activities. It dangerous and random to anyone that’s not part of the chaos, it’s not exactly cohesive, and it’s certainly not socially acceptable. Yet to a great extent, the musical style and reactions therein that follow E-chug pretty much encapsulates everything I love about hardcore. You can have your finger pointing, you can shove your stage dives up your arse. Nothing gets my blood flowing like kappa tracksuit wearing thugs throwing high speed punches and kicks at anyone they like.

You can have your finger pointing, you can shove your stage dives up your arse. Nothing gets my blood flowing like kappa tracksuit wearing thugs throwing high speed punches and kicks at anyone they like.

I use the term ‘E-chug’ for want of a better pejorative. I suppose I could have referred to it as beatdown but in reality beatdown is a very specific style, and I don’t want to get the purists blood boiling in the same way as I might an Indian Summer enthusiast by referring to Fall Out Boy as emo. The most succinct way I can think of to describe it is contained within the usual note played – E (or drop D if we’re getting picky) and the manner of playing – chug. It’s about the most basic guitar playing concept being nothing more than a palm muting of the open bottom string, yet the power it unleashes is a beautiful, beautiful thing. I will never forget the first time I heard Dead Man Walking by Arkangel and wanted to lay waste to everything around me. “Crucifieeed! On a cross of ignoraaaance!! Sacrifieeeeced!! On the altar of hate!!” Those evil, dark, brooding chugs combined with the subject matter had me prowling the streets of Woking in my urban camo cut-off shorts and Phil Anselmo undercut like I was hate and vengeance personified.

Bach and Mozart may inspire and enthrall audiences, but nothing is as potent to me as the bottom ended nihilism best associated with the likes of Goodlife Records and xLife Sentencex.

Sunno)))) have their brown notes, so deep and bassy that if you stand too close you risk shitting yourself. Bands like 18 Visions, Stampin Ground, Earth Crisis, Earthmover, Morning Again had riffs instead that I could only refer to as red notes, simplistic but nonetheless powerful. Anyone in 30 minutes practice could pull off some of the more basic musical concepts associated with E-chug: single note picking combined with a palm muted open string between as many notes as possible. Shit loads of bass drum and china, a few slayer solos, discordant guitars, lyrics about an absence of god and human apocalypse. It’s not the stuff of musical prodigies, but it doesn’t have to be. Bach and Mozart may inspire and enthrall audiences, but nothing is as potent to me as the bottom ended nihilism best associated with the likes of Goodlife Records and xLife Sentencex. Let’s stick within the realms of hardcore for the time being. Hardcore cannot be simply reduced to a musical style – anyone who thinks it can is frankly an idiot. It’s beyond music, it’s an attitude, almost a cultural swagger, a social Ian Brown walk if you will. Evidently people hark on about the glory days and spout the likes of Black Flag, Bad Brains, Poison Idea, Negative FX, etc as laying the foundation of what was to follow. But is this foundation in terms of music only, or is it in their attitude, the way they held themselves socially? I can think of a number of bands that would go down at certain hardcore shows like a sieg heil at a bahmitzfah, All Out War at a Youth of Today reunion, 6 ft ditch at posi numbers, or Cornered at some sort of anarcho crust all dayer. But these bands rightfully hold a position in hardcore canons, regardless of their musical merits, and to a certain extent they’re far more up front and honest about themselves and what they are doing than many of the more socially acceptable forms of hardcore today. 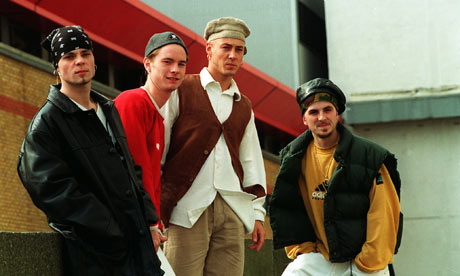 We worry far too much in the 21st century about what particular sub-sub-sub genre of music this or that band belongs to, and nowhere near enough about whether they make us feel a certain way about something, whether that feeling is pride, whether it’s a sense of belonging and unity, or whether it’s feelings of animalistic rage. When I look at my last 12 years or so (old man card) of going to shows, the ones that to this day stand out to me aren’t the ones with the biggest crowds, or the maddest sing alongs, or the stage dives from back to front. They’re the shows that made me feel terrified and energised in equal measure, where I could feel my heart thumping in my throat as I stepped into a crowd like I was William Wallace and lost myself in a mass of bodies and palm muted nonsense for a few valuable minutes. I remember seeing All Out War at the Verge in London around 2003, Chris Tyson windmilling with a cast iron chair and some poor sap getting kicked through a toilet door, and it’s one of my fondest hardcore memories that comes to mind. The chaos of it all, the overwhelming idea in my mind that I had no idea what was going to happen next. I don’t want hardcore to be safe, not for me, not for anyone else. If I want safety I’ll go and watch one of the Indie bands I also appreciate, or I’ll go to the cinema, or I’ll sit at home with a hot chocolate and listen to Radio 4. E-chug is honest, it’s up front, and it’s never going to go away, because there are always angry, desperate young people that (hopefully) feel the exact same way as me.

Wear some chinos, bend your flat rim cap to an upside down U shape, fill your eastpak bag with spawn comics, and make this your new favourite song.