I sipped my wine through a plastic bag as people pass by during the show that I went to a few months ago. This is how we drink traditional wine in Jakarta. People who carry their wine outside of “jamu” (read: traditional medicine) store will have it packaged in a transparent plastic bag, before the seller then will put it under another plastic bag, a black colored one. If you asked why, there are couple reasons: 1. to avoid vulgarity 2. It’s a cultural thing.

I had been sipping long enough in my comfortable spot before I wondered why people can’t be bothered by the fact that I have alcohol?! in a usual hardcore/punk “gigs” circumstances, someone I know would stop by and ask for a sip if they notice that my hand hold “beverage”; it’s almost like a sign of “look at this treat, come have some!” Oh well… probably it is due to the fact that this particular gigs I was attending to did not attract the likes of stinking drunken bastards with studs and patches covered pants. Great! I said. All is mine, how fortunate I was!

I guess LEMURIA was probably not sounding attractive enough to those people, not even to “hardcore” fan base perhaps, despite of the fact that LEMURIA is on Bridge 9. I was super thrilled and excited to see them though, because seeing LEMURIA live is in one of my “things to do before I die” list and oh boy I shivered a lot during their set. All the old time favorites were played: pants, dogs, in a world of ghost, mechanical, including the newer ones like hours, gravity, etc. The crowds went incredibly nuts when they hit the stage, confronting the band with countless sing-along, claps, and (surprisingly) “heartfelt” stage-dives. My pervert friend Rizkan from StoneAge records even ditched his vendor booth to get into the front. His tears of joy were shown and I couldn’t help but stare with disgust. Ok he didn’t cry, but I bet it was close. What a great night it was, many people (including my band mate) fell down when it was over because they needed the night to last forever with LEMURIA as their only star who brights the sky. Lots of band member photo taking (Selfie anyone?), shirt signing, and merchandise buying happened after and before their set which brings almost certain possibility about them coming back again someday. I was selling band shirts and patches during the gigs so I too was abandoning my goods in order to see them on stage. Because of my responsibility, I didn’t pay much attention to the opening bands. I did see all of them briefly though, because I sneaked my way in through the crowded audience whenever I got the chance. Rumor has it that the group that ran the shows had difficulties in finding opening bands that are in veins with LEMURIA so they came up with great bands that sound nothing like LEMURIA. Hooraay for varieties!!! My good friend Bagus, the drummer from BRAVEHEART and screamer for FINAL ATTACK gave me a month notice about this show; by the way those two Indonesian hardcore bands mentioned are worth checking out. When Bagus told me about LEMURIA South East Asian Tour, I realized that being so far away from the center of the world (read: Europe and the US) gives us one great advantage over many disadvantages (Ha!). Not only that we always appreciate bands coming from abroad, but we also tend to get overexcited because this is a luxurious thing for us to have, as we don’t get this as many as you guys fellow hardcore punks who live in better location around the globe. We often hold our breath and cross our fingers when we hear bands like OFF!, Poison Idea, or Ceremony toured Japan and/or Australia, hoping that they would set an eyes for us who live here. However, for one or many reasons, we get nothing but hope that perhaps in the future, we will get the chance to have them. We are aware that the traveling costs are very expensive to get through where we live from other side of the world so when we get touring bands who sacrifice this expenses in order to reach us, it is only logical that we go batshit crazy about it (read: extremely joyful) despite of how big or small the band is. I tend to get sentimental when it comes to bands and tours so please pardon my rambling. Now where was I? oh yeah, the openers…

Kudos to all bands! There was a mix of everything from indie rock (*I hate using this term) to pop punk, to hardcore. SATURDAY NIGHT KARAOKE  started the event with their catchy hook of pop punk tunes which they never fail to deliver. Next one after is called VAGUE, an interesting band which I can never describe what they sound like so here is a link of their first single “Inadequate“, off from their soon upcoming release. It was not long before BRAVEHEART hit the stage, a hardcore punk band in the vein of Mindset, Have Heart, Comeback Kid and the likes which has their own fan base. They did great with their anthemic, sing-along chorus to please the crowds. Another worth mention is BAREFOOD and TALKING COASTY. Both of them consist of young beings with magnificent talent, hailing under the umbrella of indie rock. BAREFOOD is from Jakarta and they take Dinosaur JR, Pavement, Swervedriver, and other American 90’s alternative bands as their influences. Meanwhile, TALKING COASTY is from Jogjakarta and they play straightforward surf-pop heavily influenced by the almighty BestCoast; they have this cute hipster-looking girl as a lead, take a note hmm? This show was definitely wonderful and unforgettable for me and I hope that more bands will come to visit us here, as much as I would love to see Indonesian bands go out there and spread the madness. Bands from underrated region like Asia or Africa need to go out there and spread the message about their existence and how they deserve to be heard. Up the punks. 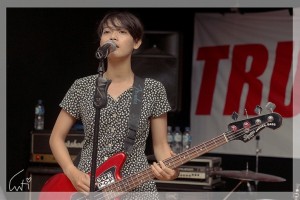 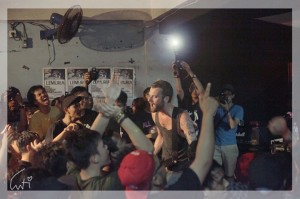 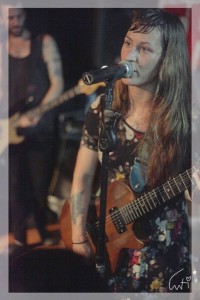 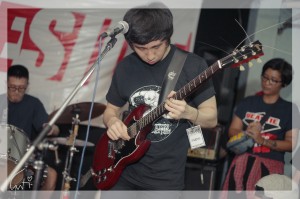 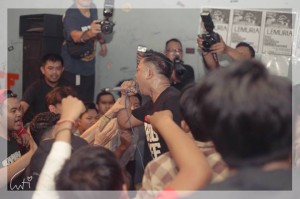 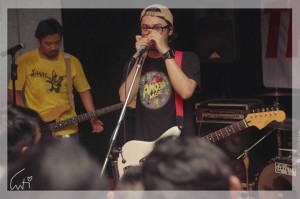 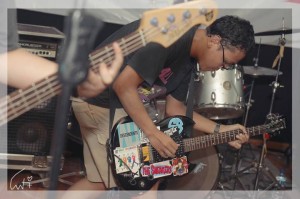