So this week we’re giving away tickets to the Saves The Day + support show on Sunday the 19th of August: 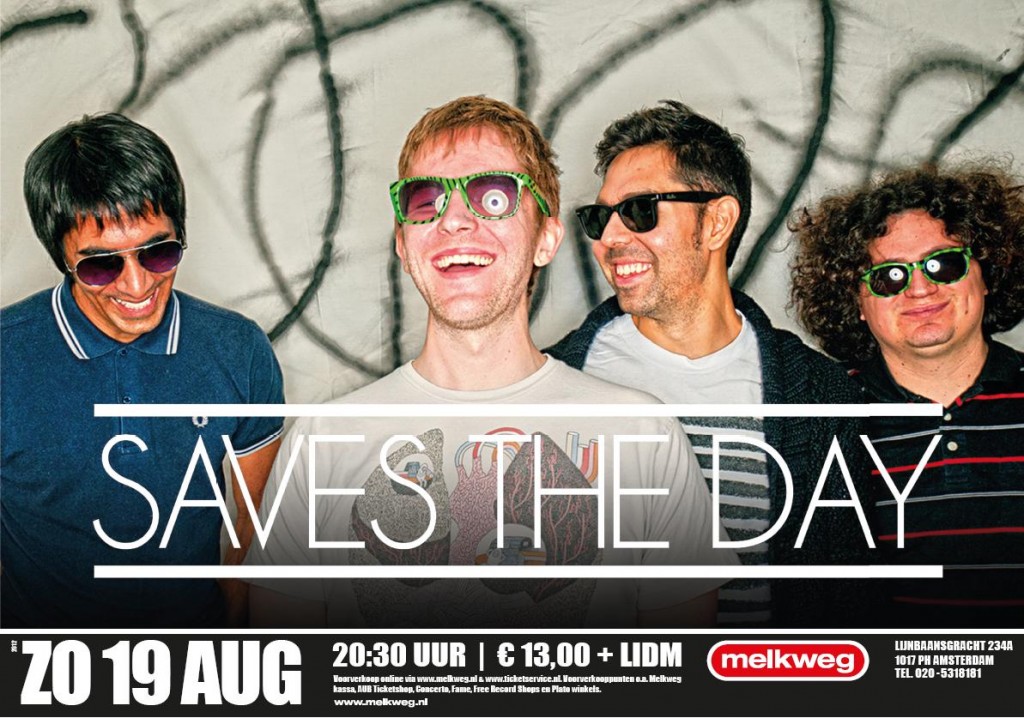 NOTE: This show has been moved to Winston in Amsterdam. Doesn’t change anything for our contest (or for people that already purchased tickets) aside from the location.

The contest will be open until Sunday the 12th of August and we’ll randomly pick 2 winners. We’ll be in touch if you’ve won.