Archive footage: No Turning Back at de Pul in Uden in 2008

More footage from the ‘Pim-taking-a-camera-with-him-to-Said-And-Done-shows’-vault. This hasn’t been been online before either. No Turning Back playing Uden in Brabant on the 21st of November 2008.

No Turning Back came a long way since they started out and it’s amazing to see how to actually managed to achieve that dream of playing everywhere. They turned into a live powerhouse, but seeing them in the Brabant area is always something special (if someone has footage of the carnaval show in Soos Plock let me know!). Too bad they didn’t play Depth Of Evil at this show though. The chitchat in Brabants (a Dutch dialect) is great and Noot (Razorblade, ex-New Morality, ex-For The Fame) doing his thing in the pit is a bonus. Good times. 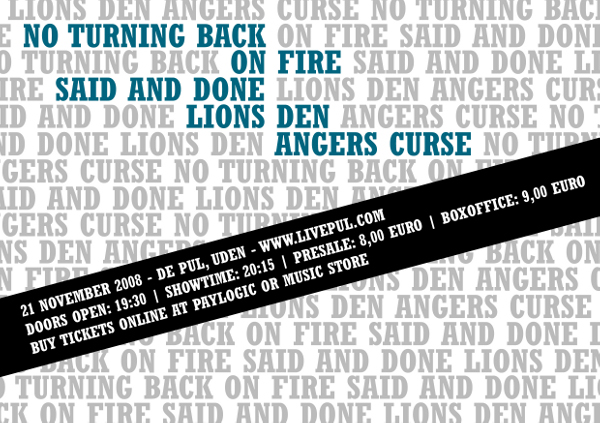 Songs in this footage