The great folks at 013 are making sure we keep giving away tickets. This time you can win tickets to the Persistence 2014 tour at the 013 on the 26th of January.

So if you want to see Suicidal Tendencies, Terror, Strife, Ramallah and more at one show, make sure to participate. We’re giving away 2 x 2 tickets. 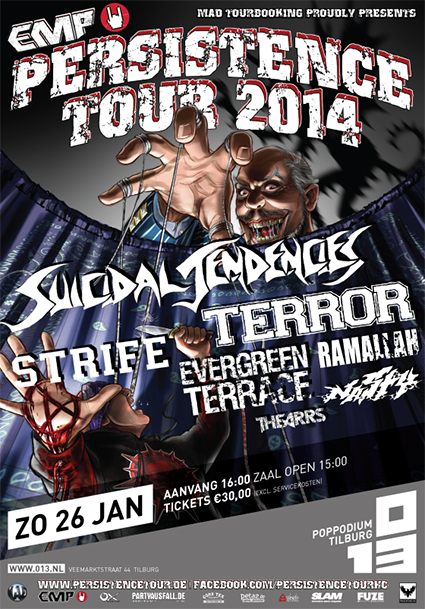 Contest ends on Monday the 20th of January. Winners will be notified that day. So keep an eye on your messages.