Sick Of It All @ Metropool, Hengelo (NL) giveaway

Sometimes we feel like Santa Claus at SWNK. Not because we’re old, grey and fat (maybe that one we’ve got covered) but because we’ve got giveaway after giveaway for you guys (& girls).

This time we 2 tickets to Sick Of It All, No Turning Back, All For Nothing, New Morality & Grown Cold @ Metropool in Hengelo (NL) on Sunday the 30th of June.

Want to win those? Read on! 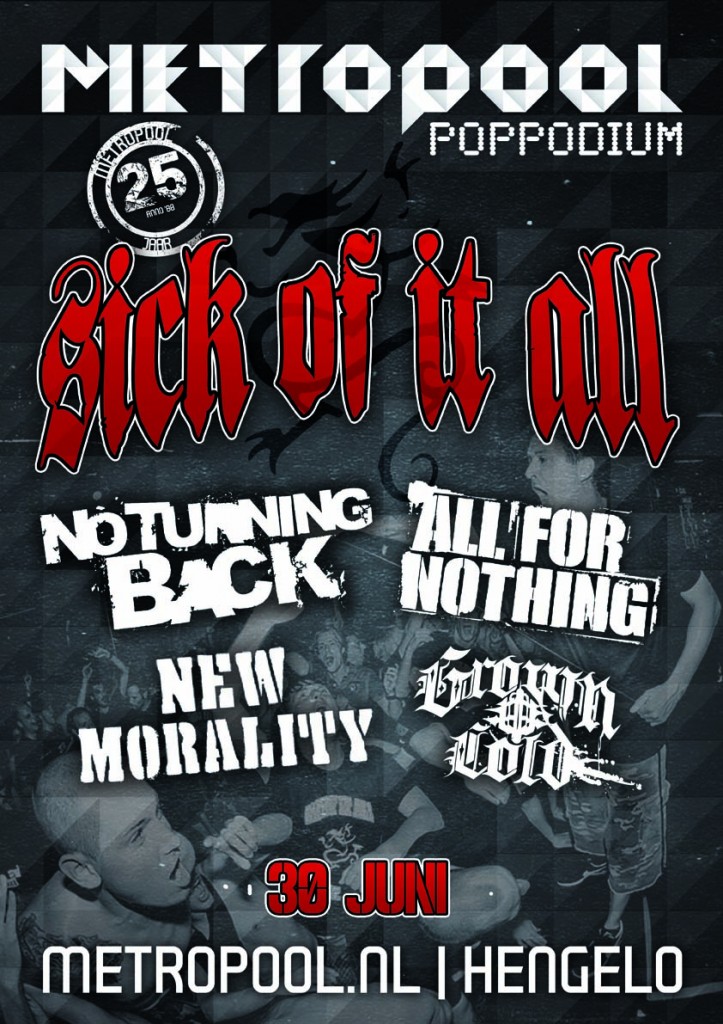 EDIT: CONTEST CLOSED. Check your message to see if you’re the winner.

The contest will be open until Thursday the 20th of June and we’ll randomly pick a winner. We’ll be in touch if you’ve won.