Smash The Statues – looking back

Remember Smash The Statues? No? How about 2 Unlimited? Just kidding, just kidding…

Today it’s two years ago that Smash The Statues played their final show at De Onderbroek in Nijmegen (NL) and to ‘celebrate’ that they decided to finally upload the footage. And since they were revisiting old days anyway, they went through their archive and found two covers they never released. Salad Days by Minor Threat and Remain by I Spy. Generous as they are, they uploaded those too.

And to top it all of,  we’ve asked Tom (vocals and guitars) to write a bit about the band, on how he experienced it all. The result you can read below.

So get watching, get listening and get reading.

January 23rd 2010, Smash The Statues played their final show in Nijmegen. I still remember it as if it was yesterday. Then again, I still remember our first gig as well. I am equiped to remember the most useless things. Good to know if you play Trivial Pursuit with me. Be on my team. 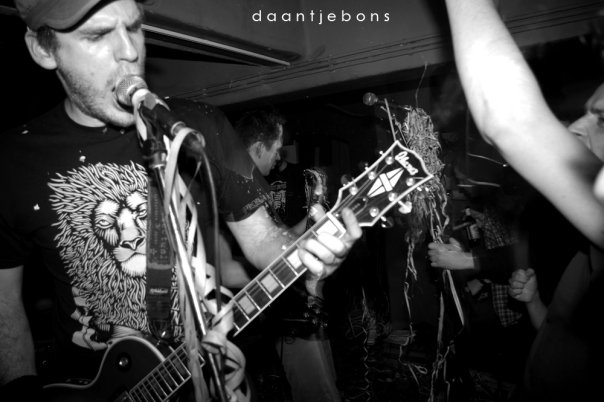 Smash The Statues started in 2003. Being fed up with our old bandnames and releasing our first demo we decided to call the band Smash The Statues. First show we played was in Boxmeer (where were you Pim? – Probably at a good show Tom. – Pim) together with Fetch and Antillectual. The line-up back then was Matthias on guitar and vocals, Marloes on bass, Gijs (who you might know from A Step Apart and Tenement Kids) on drums and vocals and me (Tom) on vocals and guitar. With this line-up we also recorded our first full length “Against The Stream”. Before the record got released, Gijs quit the band and was replaced by Bert, who also started to play drums in Tenement Kids. Small world. After releasing the record at the Modern Life Is War show at De Goudvishal in Arnhem in February 2006 we started to do more and more shows. Because Marloes couldn’t combine the band with political activities for the Socialist Party anymore, she left the band. If there was one guy who knew our songs, it was Nico, who recorded our first album. He already played two shows with us and finally became a steady member.

After playing shows in The Netherlands and occasionally in Belgium, we started to focus abroad. In 2007 we became friends with The Indecision Alarm from Sweden. These guys played melodic, political hardcorepunk too. It seemed like a hard thing to find bands that would fit our style. Usually at the hardcoreshow we were the punkrockband and at the punkrockshow we were the hardcoreband. We decided to do a couple of tours with The Indecision Alarm in The Netherlands and in Sweden. We played our first shows in Germany, Sweden and the UK that year. Although the ‘smelly farts, the crappy jokes’ this tasted like more. We became ambitious! First half of 2008 we toured Germany, Austria, Slovenia, Norway and Sweden again and we wrote a new record. In August we recorded “When Fear Is All Around Us”, played shows in The Netherlands, Belgium and France again, before going on tour through Europe again in 2009. We did a couple of tours and played anywhere between Switzerland, Romania, Poland and Meppel. Did a small tour together with our young friends in This Routine Is Hell to the UK where the highlights were dancing to Aqua’s “Barbie Girl” and seeing our married driver/roadie/doingnothingatallbutdrinkingyourbeers hit on an English transvestite. Oh yeah, being called nazi while entering a post-apocalyptic squat drenched in piss, glass and dogs was something we could get off our to do list too.

Somewhere during the summer of 2009 it turned out that our ambitions and input were not at the same level. Some attempts to get them at the same level failed and we decided to quit while it was still fun. We played the shows that were already booked and played our final show in De Onderbroek in Nijmegen. A legalized squat where we played shows, visited shows and booked shows ourselves. A very inspiring place and it felt like our second home for years. 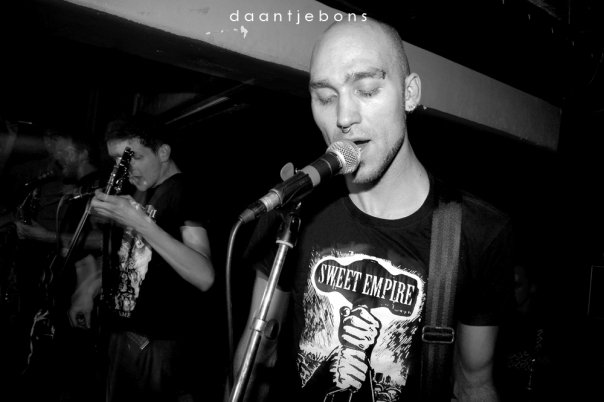 We decided to record the show, both audio and video, mainly for ourselves, but we also talked about possibilities of a DVD release. Because we didn’t want to wait that long, we decided to upload the whole thing after only two years, haha.

The whole weekend of the last show was a good one. Three guys from The Indecision Alarm came over and we had wonderful times. The 23rd, we had a last practice and soundchecked everything for ages. When I finished dinner I walked to the entrance of the venue and there was a line (I never saw a line there) and I couldn’t see the end. With over 220 paying visitors in a venue where 150 people could fit it, it was the perfect environment to play one more time. With friends coming over from Belgium, Germany, England, Slovenia and Sweden, we had a blast! Of course it is strange and sad to quit something you really like. Smash The Statues was an opportunity to express myself and go to places I’d never been before. I remember feeling relieved but also sad. Fortunately the afterparty kicked in with Michael Jackson and 2 Unlimited! We danced like there was no tomorrow! Well, there was no tomorrow for Smash The Statues. 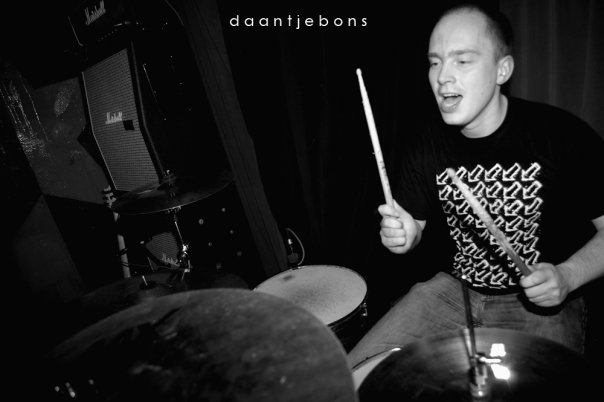 Everybody has their good times and bad times, so did we. The good stuff: back in 2003 I never thought of playing outside of The Netherlands. In the end we played in 15 different countries. Other good stuff was the opportunity to play with the two bands that probably influenced us most in our music and lyrics, Propagandhi and Strike Anywhere. They turned out to be normal people like us too! And if may pull an Ivo Niehe, I’m quite happy with the last album we recorded. It’s great to see where playing 5 powerchords took us. It was an inspiring journey all across Europe where we made really good friends and went to great places where people still did it them-fucking-selves! From setting up shows and releasing records, to setting up anarchist or socialist structures and releasing animals. It meant much to us!

The bad stuff? Getting ripped off in Eastern Europe seemed horrible back in 2009, but we learned from it and despite the negative things we had wonderful times. I’m still glad we took the risk and played a show in Romania. What an experience! Other bad things might be the chances we didn’t take. It’s better to regret stuff you did than to regret stuff you didn’t do. 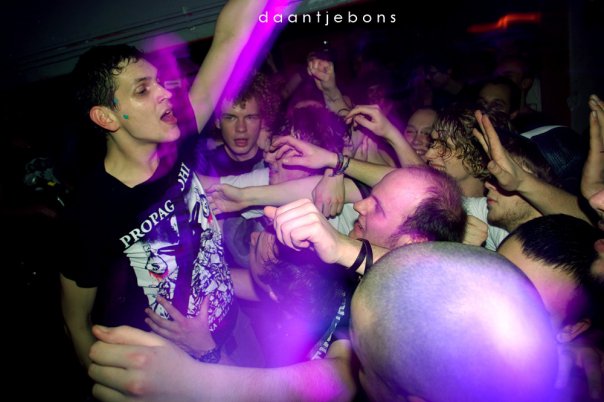 If anybody is interested in what we’re doing now, there is not that much to mention. Bert is playing the guitar in Break Character. If you’re into Dischord stuff, check it out. Matthias and Nico played together in Killed For Less but they never recorded anything. Nico is playing in a new punkrock band too, but so far they didn’t play shows yet. Of course he is still recording and producing all your favourite Dutch hardcore and punkrock albums. Check out the latest No Turning Back recordings he did! I played bass in Antillectual for 18 months, but that’s a while ago too. Right now no bands. Maybe I can take some time to learn to sing or play guitar. Should have done that earlier.

If you’re interested, back in the days we recorded two covers, by Minor Threat and I-Spy and we ‘released’ them today as well on smashthestatues.bandcamp.com