Since I put up the interview with singer Pugsy last week  I got a couple of requests for the “Life’s Not Hard… You’re Just Soft” EP. People wondered where to get it. Guess that’s going to be quite hard since it’s out of press and I don’t think it pops up on Ebay a lot either. So I asked the band if they were okay with me uploading their demo. Because people need to hear this. It’s something Andrew of aversionline.com did too some years ago by the way. That post was the reason I know of this band in the first place, but I already stated that in the interview. Luckily the band agreed, so here it is. 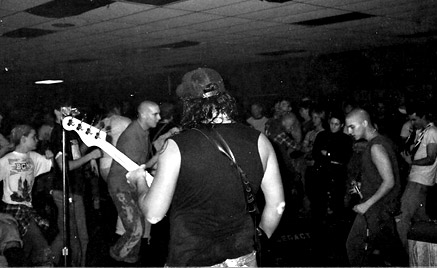 Anyway, this single from 1990 has it all. Grooving parts, fast parts, great riffs, good shouted vocals and they make it all sound so simple, so effort-less. Love it. The recordings sound good with a raw edge, but that only adds to the experience isn’t it? It’s like you’re spinning that vinyl. My personal favorite is All I Feel Is Pain, with an outro called Exit attached to it, you can listen to it below. But really, there’s not a bad song on there. I mean songs like Truth In The Proof, Stepped On My Pride and Dreams Or Reality. All great.

Released on their own label, Eightball Productions, it sadly never got the promotion it deserved. So consider this a(nother) small attempt to correct that a bit. Like I said, people need to hear this. 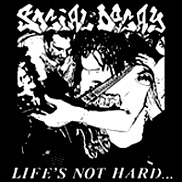 All I Feel Is Pain – Exit

Normally I would say “If you like what you hear, buy the EP itself from Ebay or something”. But in this case I suggest you pick up their new record when it’s out.

Files ripped from vinyl by Andrew Aversionline.com and uploaded with permission of the band.