Like we recently said, Social Distortion is touring Europe in August. And we’ve got some good news, we’re giving you the chance to see them for free.

They’re hitting the 013 in Tilburg on the 19th of August and together with them we’re giving away 2 x 2 tickets to the show.

Want to win these (and you know you want to)? It’s pretty simple:

The contest will be open until Sunday the 12th of August and we’ll randomly pick 2 winners. We’ll be in touch if you’ve won. 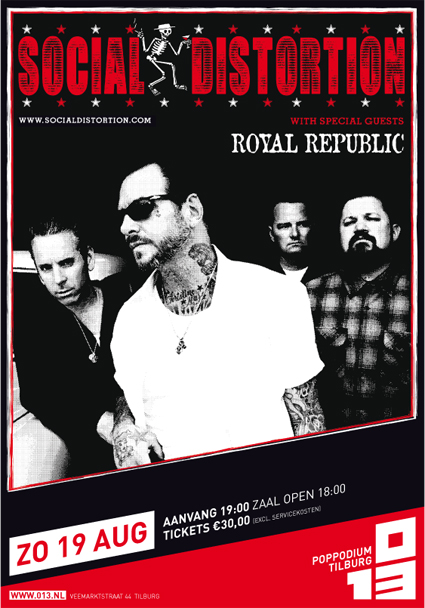