State Of Mind – Knowledge Of Self stream

You don’t need to read a big “EXCLUSIVE” to know we’re bringing you some good stuff again right? Because we try to keep that word as far from Some Will Never Know as possible. Only degrades the quality of posts that don’t have that tag and we like to pretend they’re all important. Ok, end of rant. Monday morning in full effect, sorry.

Anyway, the fine folks of Take It Back Records (Germany) got in touch with us because they were releasing State Of Mind’s new record. And boy, did they come to the right place. State Of Mind is probably my favorite (still active) hardcore band from the Netherlands. If you listen to all their previous releases, you can see em grow with every one (but older songs like “4 Walls” or “What’s The Point” are still great) and this release is no exception. They groove, they stand out and they don’t follow the same path others already have beaten to death (and then some…). They also don’t sound like they’re trying too hard to do something new (which usually means you’ll end up with terrible music, hence why it wasn’t done before). In this day and age most bands fade into one grey blur and I’m pretty glad there’s still bands like this. And I’m not alone, judging on the reactions to the first MP3 they put online.

So when Christian from Take It Back got in touch, asking us if we wanted to host a stream of the new album, we didn’t have to think too long about it. “Yes”. So I’ve been enjoying it the past week (you can expect a review pretty soon), but do yourself a favor and check out the stream below. And after hearing the first 30 seconds, get yourself a pre-order, if you didn’t do that already. May we suggest Liferide (also with Emile on vocals) and Deadverse too while you’re there? Only saves you on shipping. We’re always thinking along like that. 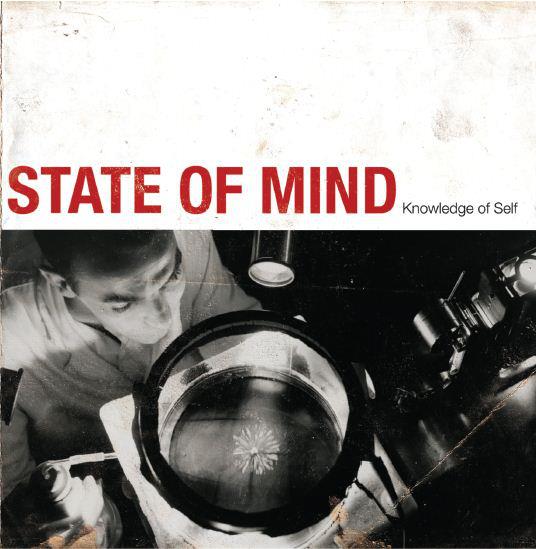 Or as the label states it:

“Knowledge of Self” marks the band’s return. Around since the beginning of 2005, and originally inspired by bands like Maximum Penalty, Breakdown, Supertouch, and Leeway, STATE OF MIND has been playing groovy NY-styled hardcore, adding different influences along the way. Blending their original sound with more of an emphasis on rhythm similar to “Meantime”-era Helmet, “Knowledge of Self” proves STATE OF MIND to be one of Europe’s few standout bands.

“Knowledge of Self” is a record about new beginnings and about changes in life, maintaining a critical stance in their lyrics towards society as well as towards oneself. In a time where hardcore seems to be getting more superficial by the day, STATE OF MIND tries to stand out from the masses, choosing its own path.