It’s been a while right? Well, we’ve got a giveaway again. This time you can win tickets to the Steak Number Eight, Oathbreaker and Hessian show at the 013 on the 18th of January. We’re giving away 2 x 2 tickets. 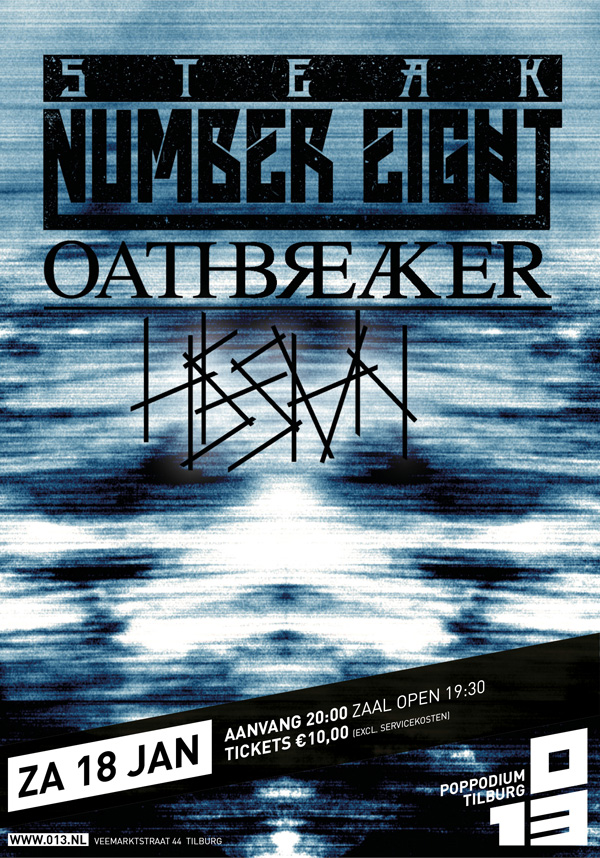 UPDATE: CONTEST CLOSED. WINNERS HAVE BEEN NOTIFIED. CHECK YOUR MESSAGES!

Contest ends on Monday the 13th of January. Winners will be notified that day. So keep an eye on your messages.