The third post in this little Supertouch “month” series. After the footage of Nürnberg and Lichtenstein this is the one I have been getting some messages about in advance. Supertouch at JZE Essen in Germany on the 21th of January. People who were there can’t seem to wait to see it back. With reason.

We played the JZE Essen before, in 2009 on our Cold World weekend. The big room was used for that show. This time we were in the basement, which looks even cooler if you ask me. Perfect fit for the show. Good times.

Anyway, even with the show being booked for quite a while, not long before it would actually take place another big show was booked in the area. Luckily people decided to be smart for once and both shows were merged into one big-ass show. The result was a, maybe a bit long, but well-visited show instead of two shows fighting for the same visitors and everyone losing in the end. Read and learn people.

Instead of only recording a couple of songs, like I usually do, I kept the camera running the whole show. And I’m glad I did. Of the three shows we (Said And Done) played with them this one was by far the best. Maybe it was due to the crowd reaction or something, I don’t know, but it was one big highlight for sure.

And here’s the video:

As with all the footage I’ve posted. It’s raw and unaltered. Live with it. It gives a pretty good impression of how it was if you ask me. 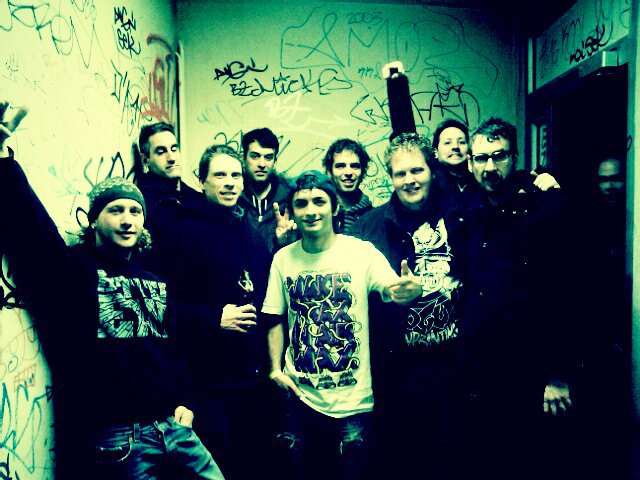 We had a blast at these shows. Let’s hope they come back soon.

Since I’m afraid the interview with Mark will not be done before the end of the month (and I’ll be on the road with S&D in Scandinavia anyway from the 24th) I’m pretty much out of content for this Supertouch “month”. Or is anybody willing to step up and contribute? Share those stories people, place a comment. Either way, no worries. We’ll keep content coming your way. Maybe even a give-away. Tips and suggestions are always welcome of course. Communicate!