This Routine Is Hell releaseshow giveaway

Is it news, is it a review, is it a column? Noooooo, it’s a giveaway. (Yes these introductions get lamer every time).

Upcoming Friday, the 28th of June, This Routine Is Hell is releasing their new record called “Howl”. Other bands playing are Dangers & Painted Wolves. It’s taking place at the Little Devil in Tilburg and they’ll be bringing zines, release editions of the records and vegan food with them.

The boys said we could give away a ticket to the show, a zine and a cake. So you’re getting a cool show, you will not starve to death and you’ll have something to read on your way home too. Sounds good right? 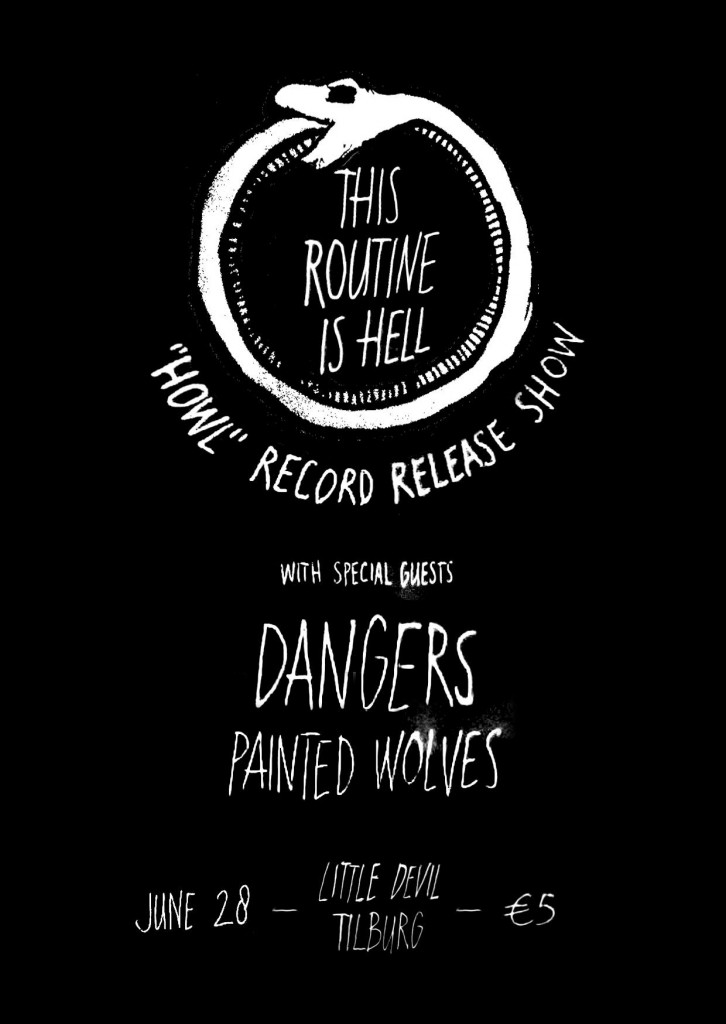 This contest will run until Thursday the 27th of June. The winner will be notified that day. So keep an eye on your messages. Oh and please, only take part when you can actually go 😉